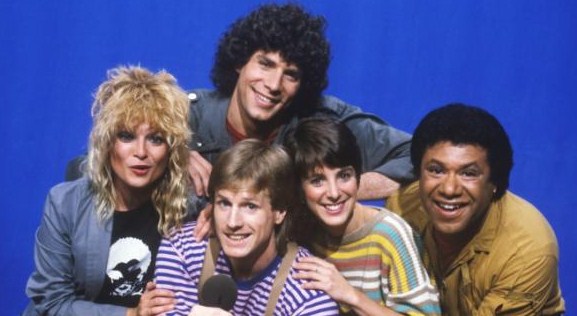 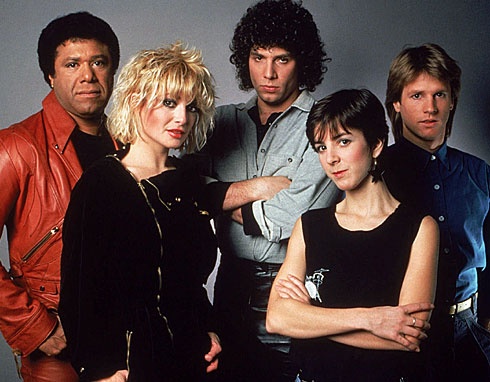 32 years ago, MTV went on the air with a few hundred videos and five fresh-faced hosts who were dubbed video jockeys, or VJs. They’d introduce the clips, deliver music news, and soon became as famous as the artists that played on the channel, and MTV became a television landmark that influenced every other area of popular culture. Those original five VJs — Mark Goodman, Martha Quinn, Nina Blackwood, J.J. Jackson and Alan Hunter — now have the chance to tell the story of those early days in their new book VJ: The Unplugged Adventures of MTV’s First Wave, where we learn about just what the coolest job of the 80s was like. The four living VJs have been touring to promote the book (J.J. Jackson passed away in 2004 but contributes through other VJ’s memories of him and some previous Jackson interviews). 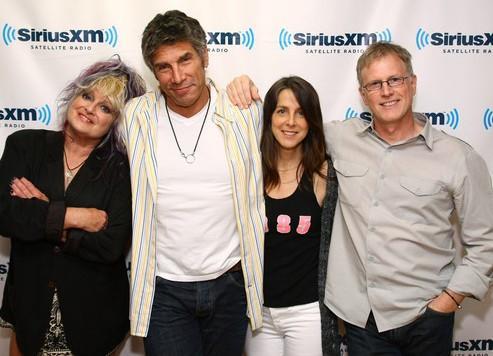 We caught up with VJ and current Sirius XM DJ Alan Hunter to ask him what the experience of putting this book together was like, how he remembers some great moments, and what video he can go without seeing ever again. 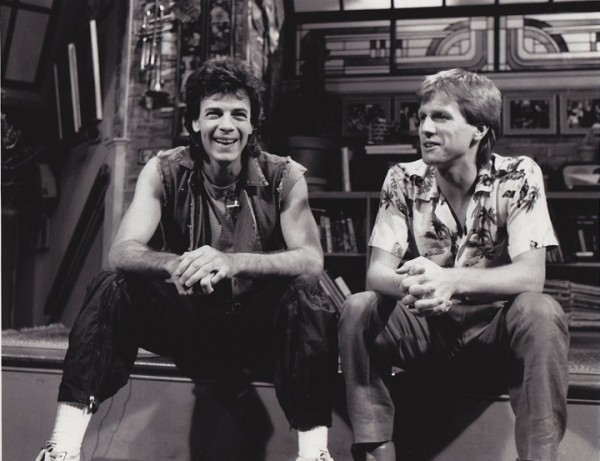 Rappin’ with the Rickster: Rick Springfield visits the MTV studios and talks to VJ Alan Hunter

GOLDEN AGE OF MUSIC VIDEO: Did you have any reservations about working on this book? Were there any areas that were off limits?

Alan Hunter: No reservations at all though Nina [Blackwood] and Martha [Quinn] were a little concerned about what they would have to reveal. Mark and I however, and I think it’s because we’re guys, rather looked forward to telling all. More of a catharsis for us. Mark especially felt compelled to opening up his personal Pandora’s Box, but certainly Nina and Martha revealed elements of their lives, both on camera and off, that were so honest and vulnerable. We’ve been working to get these stories out for many years now, and when it came time to have long conversations over a six month period with our writer Gavin Edwards, it just flowed. Very rewarding. 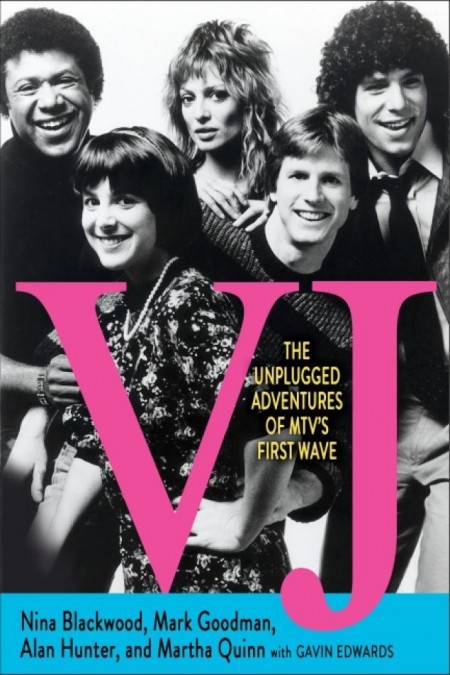 GAMV: We found three YouTube videos of you from the old days. What you remember from these moments?

Alan Hunter: Ha. Those Spring Breaks, especially that ’87 one, were the very definition of wild and woolly. Really difficult to be immersed in the chaos of drunken hyper-sexed up college kids for a week and stay not only focused for the MTV on camera job at hand, but to remain sane. Carolyn was only with us for 6 months but she was a doll. So unconcerned about the glamor of the job, which was her eventual downfall, but I really liked working with her. And Justine Bateman, who was huge at the time, was also a swell person. Even though we didn’t hang out much beyond the on camera moments – and frankly I would like to have, but I was happily married and with a little baby at the time – she was fun to work with, really game for the crazy stuff we were all subjected to.

Hosting 120 Minutes in a gold suit (with Dave Kendall as a blonde!)

Alan Hunter: I loved hosting 120. It was a different aspect of my gig on MTV. It was a program where, along with the fab Dave Kendall, I could explore the darker side of the music, and discover less mainstream music at the same time. It was gratifying to be a part of a truly cutting edge part of MTV. We were exposing the audience – at least those that wanted to explore – to really offbeat, non mainstream music. I was proud of that, if not the silly clothes i was wearing at times.

Alan Hunter: Live Aid in general was a 17-hour marathon roller coaster. What an amazing day being only 20 yards stage left of some of the most historic performances and reunions of the time. Again, so satisfying that MTV was engaging our fun-loving, irreverent audience in such a meaningful, socially dynamic way, not to mention the tremendous music on stage. Backstage, though, was a candy store of every celebrity – music, film, tv or sports – on the planet. Each of us would walk with a producer and film team up and down these long corridors, filled with trailers, tables and umbrellas, chairs, with famous people just hanging out like it was a backyard BBQ. Jack Nicholson with Rob Lowe and Mick Jagger. Because we were MTV, we had carte blanche to approach anyone in that area, and that we did. I jammed a mike in so many famous faces — Mick Jagger, David Crosby and countless others. In fact, I forgot I spoke with Tina that day until I saw the video on Youtube. I had met Tina before at a concert in NY. In fact, I have a picture on my wall with her and Nina Blackwood. We’re sitting with her on a couch backstage, I believe after the show. I looked blitzed. What I actually asked people and what they said? It’s really kind of a blur. It was such an amazing day.

GAMV: Some believe that part of the reason the VJs were so popular is that they felt like approachable fans who just had the best job ever created. Why do you think people took to the VJs and embraced them so much? And was it as great a job as viewers thought it was?

Alan Hunter: I think the ubiquity of our presence in peoples’ lives everyday inspired a kind of familiarity with the audience, not engendered by other tv and movie stars who appeared once a week for 26 episodes a year or once in the cineplex — and they were playing bigger than life characters in most cases. Mark, Nina, Martha, J.J. and I were just being ourselves 24/7. MTV was in the background of people’s daily lives and if you lived and breathed in the 80s, no matter what age, you saw us. We were a portal into another fabulous world for people, for that kid in Iowa with very few other entertainment outlets, and we were relatable because we were honest. We had to be. As much as we worked and were on, there was no other way to be who we were and i think that was effective. And yes, it was as fantastic a job as most people thought, at the same time, it was a difficult experience at times. Like so many people in the entertainment business understand, it was, at the end of the day, a job, and sometimes it was a bitch. Eventually we all got burnt out, at least I did. I was ready for new adventures. 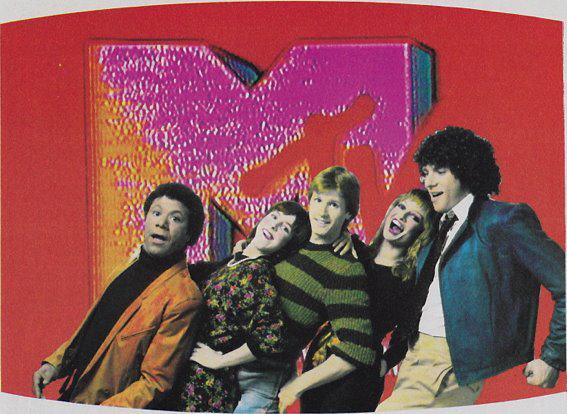 GAMV: MTV played some music videos in rotation that felt like they were trying to force a hit on people. I recall that I kept seeing Jefferson Starship’s “No Way Out”, Tony Carey’s “A Fine Fine Day”, and Van Stephenson’s “Modern Day Delilah” played somewhat excessively, and with moderate success. Instead of asking what your favorite video is, I was wondering — is there a video that you can go without seeing ever again?

Alan Hunter: The biggest example of a video getting high rotation on MTV while having very little recognizability was INXS — well known in Australia but not broken in the US. MTV actually set out to break them here in order to test our power, and that we did. INXS with the video “The One Thing” became huge. Fortunately, they were great and so was the video, with Michael Hutchence being so incredible, but certainly there were a lot of dogs.

Diesel and “Sausalito Summer Nights” – oy. Not knocking the band, but it was pretty lame. But the beauty of the MTV environment, the gestalt of the viewing experience at any given moment of the day, was that it all kind of worked, no matter the genre, no matter the level of quality of the video. It was like a grand 24/7, 365 mashup of good, bad and ugly and it all meshed together into something incredibly compelling.

Check out VJ: The Unplugged Adventures of MTV’s First Wave at booksellers everywhere, and check out Alan Hunter on Sirius XM radio.