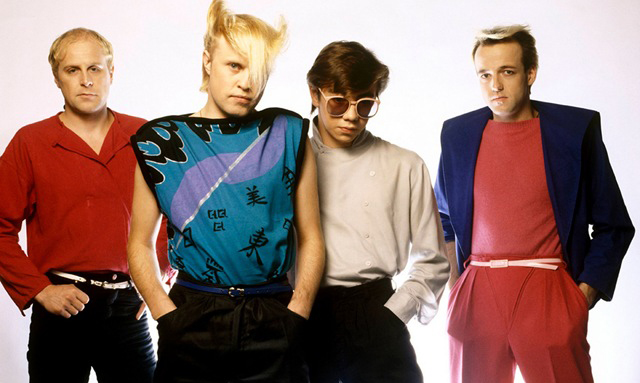 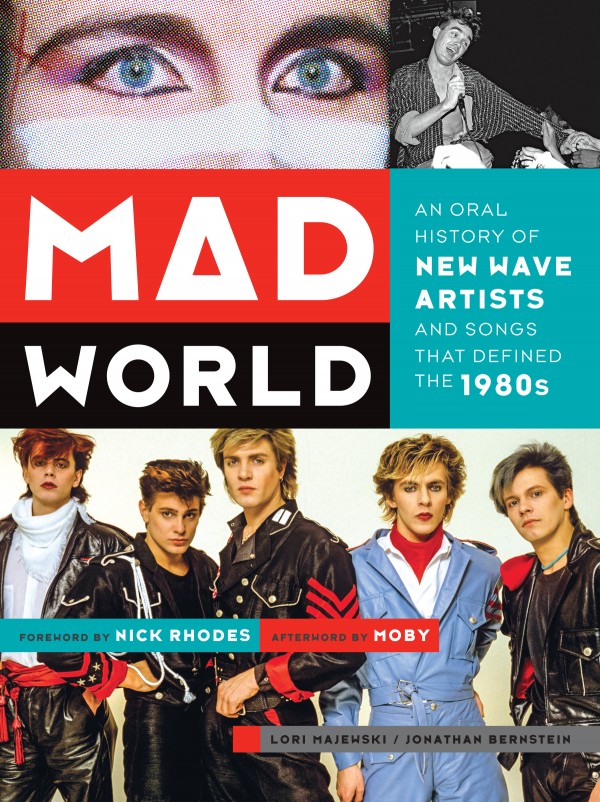 Some would argue that new wave music was more than just the sounds of synthesizers, the look of new romantic style, and a toned-down punk ethos turned commercial. It was a phenomenon that no one expected.

MTV helped give careers to many a new wave band in the early 1980s, with artistry and influence that lives on in some of today’s most daring modern music. This month, an authoritative volume on this colorful and popular music has emerged: Mad World by Lori Majewski and Jonathan Bernstein. This original oral history celebrates new wave through all-new interviews with 35 of the most notable artists of the period complemented by vintage photographs. Heyday musicians discuss their discographies, histories and foothold during this period, including Duran Duran, New Order, Tears for Fears, Adam and the Ants, Depeche Mode, INXS, Simple Minds, Soft Cell, Yaz, A-ha, Berlin, Psychedelic Furs, Joy Division, ABC, Echo and the Bunnymen, Orchestral Manoeuvres in the Dark, The Waitresses, and more!

We sat down with Majewski and Bernstein to talk about the evolution of this project.

Have you always been a fan of new wave music?

LM: Not in the seventies because it didn’t exist yet. But since ’81 I’ve pretty much devoted my life to it. That’s why I became a journalist — because I wanted to meet my new wave heroes. Unfortunately, by the time I’d graduated college and was ready to start my career, new wave was totally over and grunge was at its height. I was interning at Spin magazine, which was made up of long-haired, unwashed Nirvana-worshippers, when I met JB. He and I were the only ones who dared to even say the words “Duran Duran” out loud. But we kept the faith, and all these years later, Mad World allowed me to fulfill my dream of working at Smash Hits.

JB: Yes. I was always very impatient, not to say fickle, where music was concerned. I always wanted to know w what the next thing was. The new wave era moved so fast–from post-punk to synth-pop to new romantic with detours into ska and industrial and pseudo-soul that it was hard to get bored. 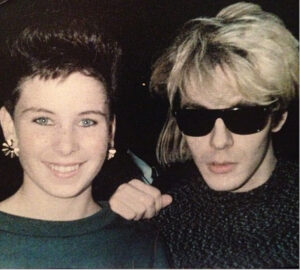 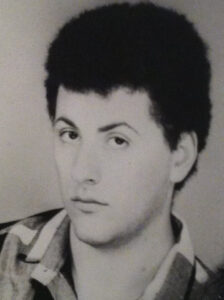 Jonathan Bernstein, seen here as a new wave fan long ago, was co-author of the book.

Who was the hardest person to get to speak to you?

LM: I’m still waiting for Alphaville to get back to us! Actually, I’m very happy that we got Nile Rodgers, but it wasn’t easy. He’s had one of the best and also the busiest years of his career, so it was difficult to pin him down. But he was worth the wait. So many of the artists in our book cite Chic as a major influence, from the Durans to ABC to INXS (Andrew and Tim Farris both said that Nile producing “Original Sin” was a turning point for them) and even The Smiths’ Andy Rourke. It was interesting to hear Nile’s take on those bands and the era, which he agreed pretty much ended at Live Aid.

JB: Bananarama: Their representative let it be known he spent his days turning down offers on their behalf. And Jim Kerr from Simple Minds took over a year from the initial request to arranging an interview. When I finally called him, he was staying at a farmhouse in France. The receptionist didn’t speak English and repeatedly hung up on me.

What was the most surprising thing you learned in interviewing all these people?

JB: How much happened by accident. Gary Numan told me this story about going into the studio with his band to make a punk record. He saw a mini-Moog waiting to be picked up from a previous session. He started messing around with it, and it was on a setting that he could never have found on his own. Within a few minutes of playing around with this keyboard, he’d decided to make an electronic record instead of a punk one. A lot of things happened that way. I talked to Marco Pirroni about the way “Kings of the Wild Frontier” was written, which was basically him and Adam Ant sitting in a room, with Adam throwing ideas and lyrics at him and Marco scrambling to make sense of any of it. Hits don’t really happen that way anymore.

LM: Maybe it’s the (new) romantic in me, but I was really happy if surprised to learn that a fair number of these artists are still with the women they married before or during their 80s heydays. You have to remember, these guys were major rock stars at the time. Tim Farriss of INXS, Johnny Marr of The Smiths, Roland Orzabal of Tears For Fears, Howard Jones — they all talked about how important their wives and families are to them. Tim Farriss told me, “The love of my life is right next to me at the moment, picking vegetables in our garden.” Of course, you’d never catch Michael Hutchence digging up carrots — although, it seems he was really longing for a more normal family life at the end.

Will we see a sequel?

LM: We hope so! The beauty of new wave is that there are so many artists with so many songs, and they all have such great stories.

JB: Yes. We’ll going to wait Bananarama out if it kills us.