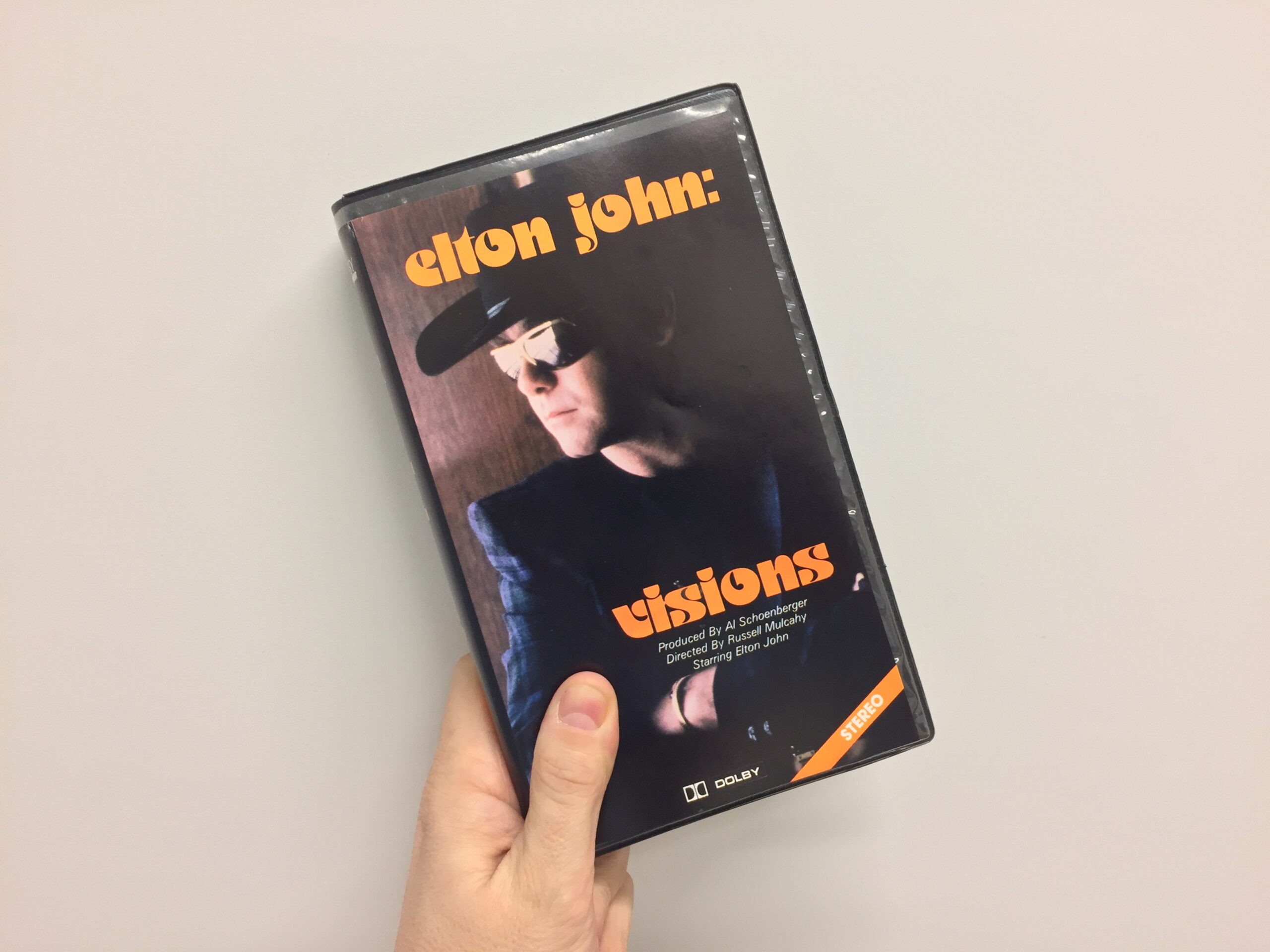 We are saddened to learn that Elton John will retire from touring after a three-year farewell tour. But all things must go, we wish him a joyous victory lap, and also give him props as a music video superstar & pioneer.

In 1981, Elton and acclaimed director Russell Mulcahy collaborated on creating a music video for every song on Elton’s new album, THE FOX. This collection used a visual screenplay by Keith Williams and connected the tunes through a strange narrative of a boy finding a mirror shard on a staircase in some surreal world. The videos all had distinctly different takes on the material, but unfortunately, the album charted no hits. This video album was released as VISIONS on VHS in 1982.

Take a look at this interesting and experimental set of videos here, and don’t miss the outtakes in the closing credits.