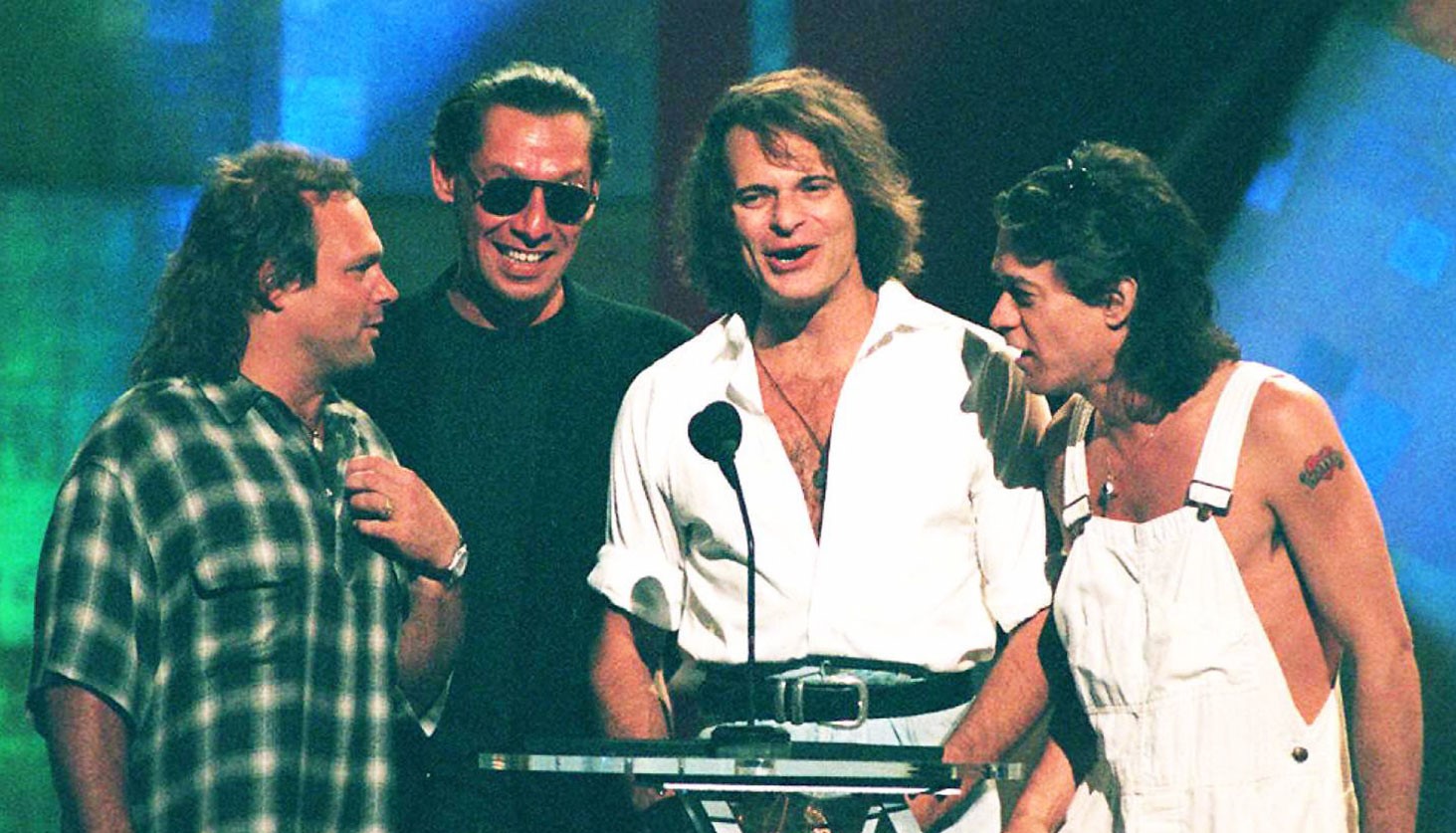 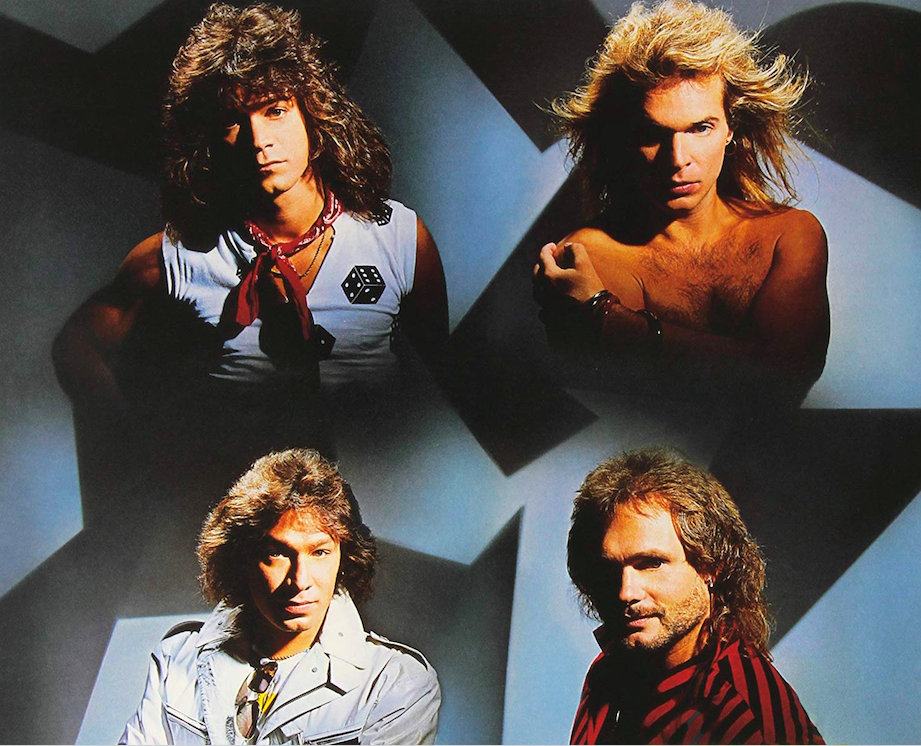 It may have the old MTV’s last gasp: that moment at the MTV Video Music Awards in 1996 — the one that host Dennis Miller announced as “having survived their very own rock & roll version of the old Dick York/Dick Sargent debacle” — when a seemingly impossible band reunion actually happened right in front of our eyes. They walked onto the stage. First, Eddie and Alex Van Halen, then bassist Michael Anthony, and finally, his highness himself, Diamond David Lee Roth. All that had changed in rock and roll since 1984 had apparently now evaporated as people stood and cheered for two full minutes. Strangely lost on this audience was that this was the band who put a smile on heavy metal & spawned the hair band era that Seattle was born to kill. Four Pasadena boys, whose music harkened back to an era where you were hot for teacher and might as well jump, just stood there, somewhat dumbfounded, marveling that anyone still cared. 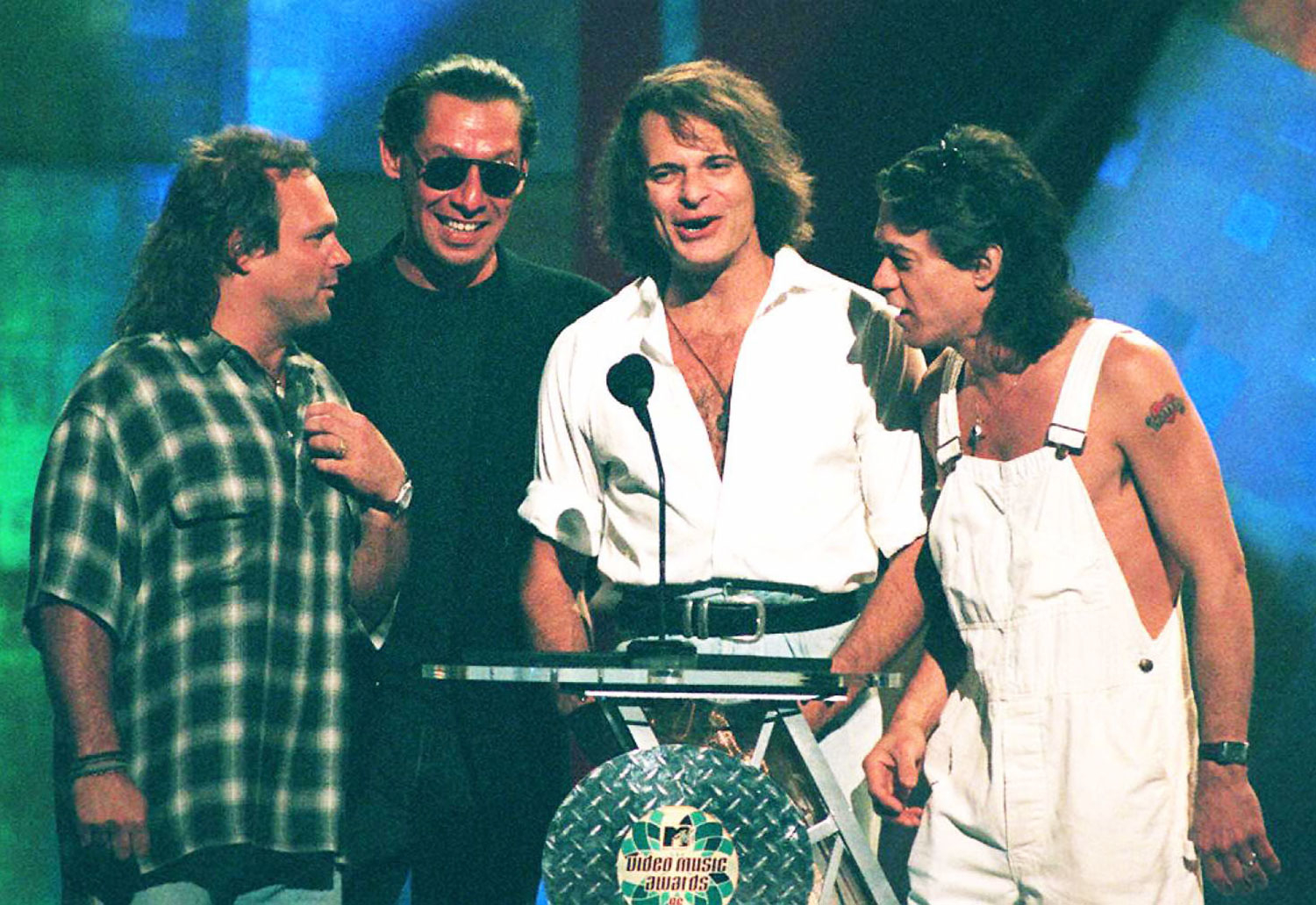 That night’s events serve at the lynch pin of an amazingly creative endeavor called “Eddie and Dave,” essentially a play about Van Halen forming, rising, and falling apart. Playwright Amy Staats concocts a fully fabricated and still strangely accurate version of the story, told through the wide eyes of a true Van Halen fan. Casting female actors as the band members, Staats has transformed what could have been just a frothy “Behind the Music” episode into a fun house mirror of gender dissection; credit goes to Staat’s spot-on writing, Margot Bordelon’s loosely reined directing, and the go-for-broke performances are a delight, including Staats as Edward himself.

We took a moment to talk with the playwright as this production, currently residing at Atlantic Theater Company’s Stage 2, enjoys an extension until February 17.

Q: What is your earliest Van Halen memory?

Amy Staats: Van Halen was always in the air as a kid. I remember reading a magazine at a friend’s house about Eddie Van Halen being a genius guitar player before I was fully aware of the band.

Q: Why did the 1996 MTV Video Music Awards seem like a great focal point for this story?

A: A guilty pleasure of mine is watching band break up confessional videos. There is something very compelling to me about the humanity behind a great rock band. I saw an interview of Eddie and Alex after VMA’s. Eddie Van Halen seemed very upset, and I wanted to know why. The more I learned about Van Halen, the more fascinating and un-knowable they became.

Q: Did people try to discourage you from telling such a specific story, one that might only seemingly be interesting to a niche audience?

A: Quite the opposite. The theater community was excited and supportive. Most importantly, the response from Van Halen fans has been a joy. I am such a fan myself, and it was imperative that my respect and love for the band come through in the play.

Q: How much about the real story did you know, and how much did you need to research?

A: I did a ton of research, and I made a lot of stuff up. After all, the only people that really know what happened are the band members themselves (as it should be). This is a work of fan fiction.

Q: What would you say is Van Halen’s absolute best music video?

A: Okay, this is going to be divisive. I love the live video of “Unchained” because the band is so awesome. But, as far as utilizing the video format, “Hot for Teacher“. And “(Oh) Pretty Woman” is bananas. In a good way. Actually, all the videos they did with Dave are historic.

Q: What was the most difficult part of this process, from first inception to last preview? Van Halen’s history is rich and complex; there is a lot of material to mine! My director and friend Margot Bordelon and my collaborator and friend Megan Hill (who plays Dave) all worked together on Eddie and Dave during residences and workshops for three years. They helped me cherry pick what to keep and what to throw away. Writing Eddie and Dave has been deceptively tricky from the start. I am so grateful to have such brilliant collaborators.

Q: Why does Van Halen mean so much to you?

A: We are living in an era where technology is evolving much faster than humans. Something is compelling about the physical and bombastic world of Van Halen. Lightning in a bottle. Musicianship. It’s fucking exciting.

Q: Did the creation of this work teach you anything about yourself?

A: I think I was intrigued by the interview of the Van Halen brothers because it seemed to me that Ed’s anger was that of a shy person driven to the edge. I am a shy person who avoids conflict, so my anger comes out in weird ways. I’ll have to talk to my therapist about this.

Read more about the production here.